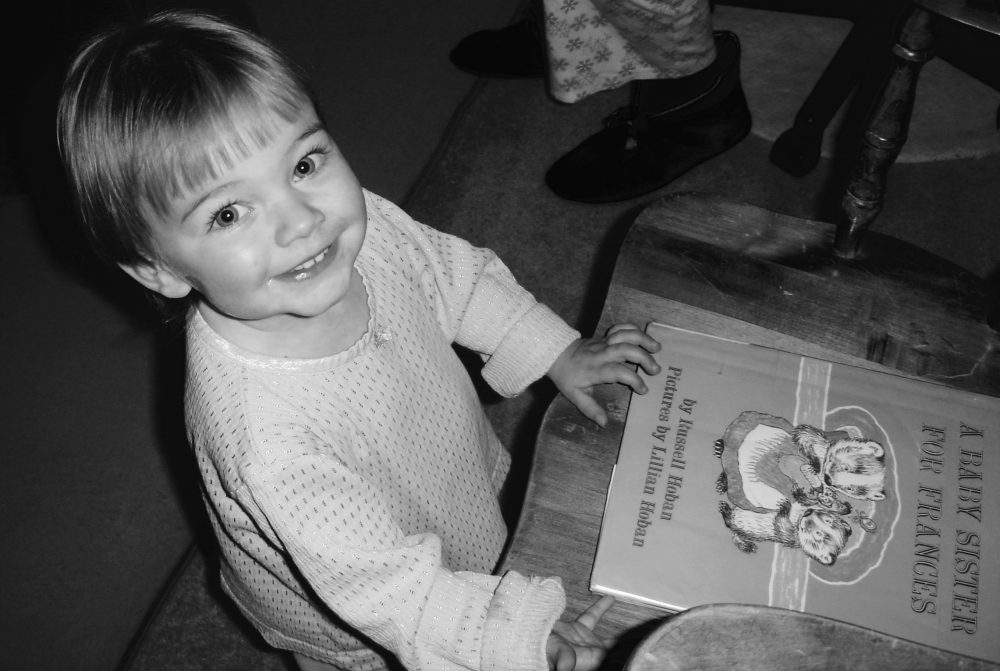 One of my vivid memories from childhood is that of my Dad reading to the family. For parents to read books to their kids is nothing unusual in itself, but my Dad’s approach was perhaps a bit different for modern times. He didn’t read “kids’ books” and he didn’t do much to simplify the wording. Instead, he pretty much read the text verbatim and let the words work on us as they would. The titles favored historical subjects and classics of literature from the 18th and 19th centuries. I can recall several of the titles, covered sometime between when I was 3 and 8 years old:

In some ways, my experience probably resembled that of many kids growing up in the 1800’s, when literature, read aloud, was a primary form of entertainment. And I perceived it that way: I don’t recall feeling bored, or getting lost and not knowing what was going on in the story. I found the books to be interesting and enjoyable. My dad read Uncle Tom’s Cabin when I was five years old; although I have not read the book since, I remember quite a few bits of it and how they affected me. I remember being inspired by the plucky slave-girl Topsy (perhaps a week after reading about her, my dad spanked me for some reason and I responded, “Aw, that was nothing!”). I perceived the cruelty of Simon Legree. And I felt moved to sadness and spiritual longing by Uncle Tom’s semi-martyrdom at the end of the book.

As I said, my dad didn’t simplify too much. Occasionally, he would explain a word or background concept, but most of the time the story just flowed without interruption, and it was up to me to catch and keep what, in retrospect, was quite a bit more than many adults might have expected.

We watched so little TV that my retention of things I watched was probably about as good as for the literature. But somehow I suspect, that if our TV had been going as much as it did at many of our neighbors’ houses, I would remember neither the programs nor the stories—the latter because I likely would have been bored, and paid less attention.

Fast-forward thirty years to when I had a baby girl. I had always known that when I had kids, I would read to them. I even compiled a list of likely titles. So, when my daughter was one month old, I sat down next to her blanket on the floor and began to read nursery rhymes. She listened. She seemed to like them, so I kept it up. I began with poetry and then began to work stories into the mix. When she was sixteen months old, she sat on my lap and listened as I read Bread and Jam for Frances from start to finish. She seemed to have an incredible appetite for books, and almost never wanted to stop. So we kept going…and going.

My wife and I later had two boys, and I read to them as well. They liked stories, but their tastes (and stamina) weren’t always in line with their sister. Sometimes I read to the group, sometimes one-on-one; sometimes we switched off, alternating stories and nights.

Over the course of time, a few ground rules emerged. Here, in a nutshell, is how I did reading:

I have always read out loud with expression, but with daily repetition I polished this and experimented with new approaches. I started to read in different voices: male and female, with various accents, and so on. I probably won’t ever win a Tony award, but I tried to be consistent and my kids never complained. It was fun.

I started reading to my baby girl Camille in August of 2004. As I write this on June 3, 2018, I know that tonight I intend to read a chapter or two of Rendezvous With Rama to my boys. (Camille finally dropped out last year; I think thirteen years was pretty good.)

Here is a fairly complete list of all the “chapter books” we have read at least once, from cover to cover, over the years (PDF download version):