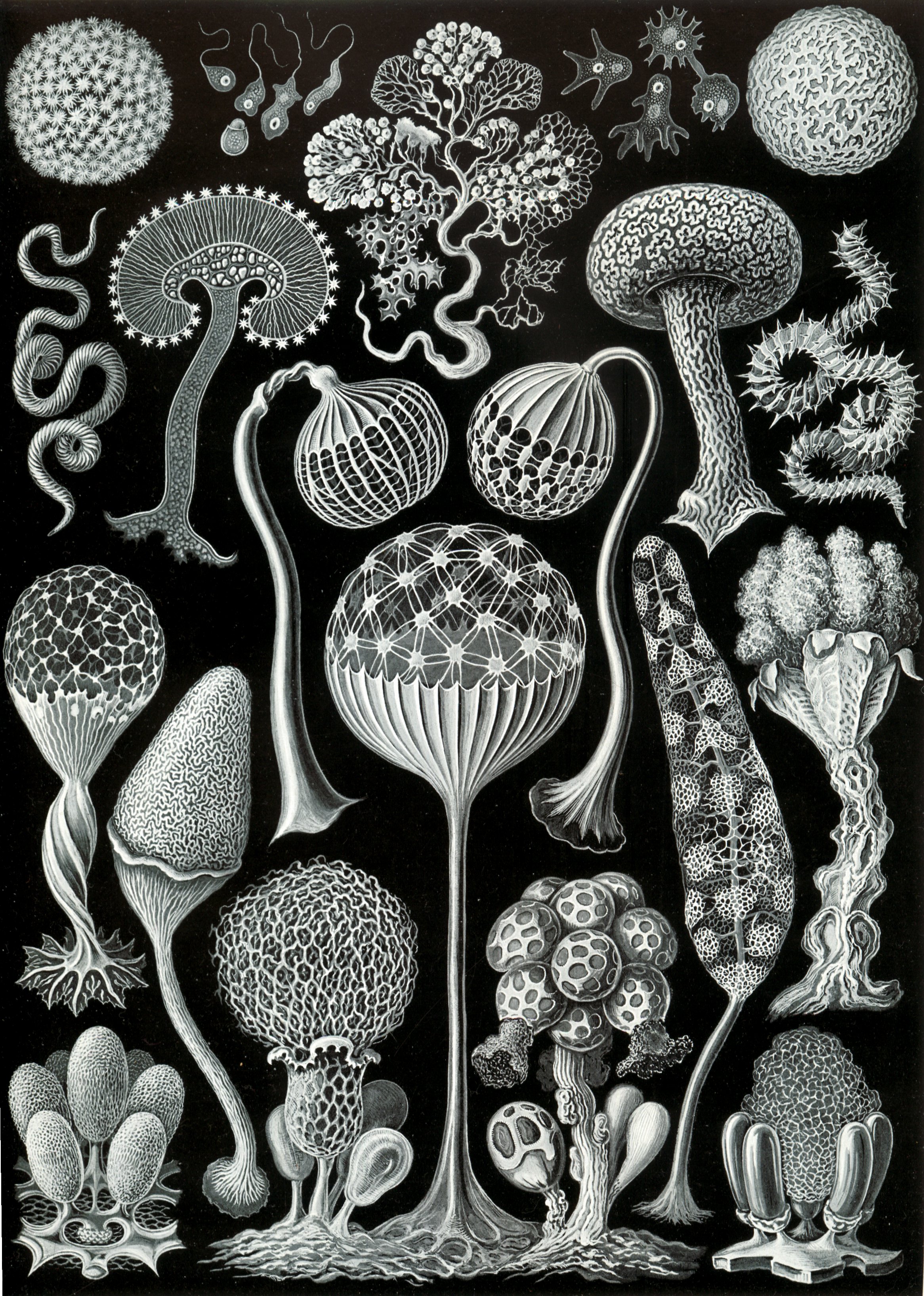 A year and a half ago, my children and I were working through the Sassafras Science Adventures, Volume 3 Botany curriculum. Over the course of that year, we covered the major biomes or ecosystems found on earth. During our study of the tundra/taiga (and algae and lichen), the writers suggested we explore an artist whom I had never hear of before, Ernst Haeckel. Our library had a documentary about his work, Proteus, which came out in 2004.

Haeckel was a German biologist, naturalist, professor, philosopher, and artist.  He was born in 1834 and died in the the first half of the 1900’s.

In the 1800’s much of the open ocean was unexplored. Think about how we currently see Mars, and that’s how people in that period saw the ocean. They had no idea about what lived down there; often they imagined horrible sea monsters.  At the time, nations were sailing farther than ever before; there were also new demands for cross ocean communication, with the earliest form being the telegraph. To get the technology up and running, they needed to lay telegraph lines in the ocean. As they did this, part of the ocean floor was dredged. Enter-scientist Ernst Haeckel.  As the ship was laying the line, he collected jar after jar, and bottle after bottle of dredged sea water.

Using a new type of microscope, Haeckel was simultaneously able to look at new life forms through the viewer and using his skills as an artist draw the images. What he saw and then depicted revealed a new world. Beautiful lifeforms called radiolaria with interesting symmetry and complex design.

Many of his discoveries, and the way he beautifully captured them through his art, found their way into later design movements such as Art Nouveau.  Transmitting science through the medium of art revealed a brand new set of possibilities.

I showed various portions of the film to my kids.  The art was a great delight for everyone.

Note:
Our family thoroughly enjoyed the Sassafras Science approach. Through a brother and sister’s adventures, my kids, grades 2 and 5, were able to get the context of the various biomes organically through story. My 5th grader used the logbook; my 2nd grader, the lapbook.  They remember how the tundra is different from the deciduous forest, etc. In using this curriculum, I realized how important it is to contextualize locations and time periods. Though kids may forget the specifics, they will not forget how the environment felt. Those emotions help to anchor the information they learn. My kids enjoyed the story based approach, and they have maintained the information—this fact I view as MOST IMPORTANT!